When you book with an account, you will be able to track your payment status, track the confirmation and you can also rate the tour after you finished the tour.
Sign Up
47

Upon arrival to Istanbul, we continue to Adana with our connected flight and drive straight to Tarsus, the birth place of St. Paul. During St. Paul’s time Tarsus was a university city surpassing Athens and Alexandria. Cicero was a governor here in 51-50 BC. and the romantic meeting between Cleopatra and Mark Anthony took place in Tarsus. Highlights here will be St. Paul’s well and Cleopatra’s Gate. Drive to Antioch at Orontes for a good night rest.

Today we journey East to Antioch-on-the- Orontes, Daphne and Seleucia Pieria. Antioch is thought to have been founded in 300 BC. First to preach here was St. Peter followed by St. Paul and Barnabas whose extensive efforts proved to be very fruitful for Christianity. Incidentally, the word Christians was first coined in Antioch. The strong and wealthy community of Antioch contributed financially to the Christian community of Jerusalem. Highlights include the museum which houses a superb collection of mosaics from Antioch, Daphne and Seleucia Pieria. St. Peter’s Grotto, the cave church came to be known as the meeting place of the early Christians. The next site we will visit is Seleucia Pieria which was the port city of Antioch in ancient days. The most interesting monument here is the Tunnel of Titus which is a tremendous canal dug for the purpose of diverting waters of Orontes river. Another highlight here will be the rock tombs with their impressive facades pertaining to the Hellenistic period.

After breakfast drive to Gaziantep. Visit of the Archaeology Museum with its artifacts from Neolithic, Hittite and Roman times. There are important mosaics from the ancient site of Zeugma (Belkis). Drive to Urfa. On the way Halfeti boat trip on the Euphrates River.

Today we will visit Urfa, the city of King Abgar the great is believed to have been the first Christian King. According to the popular legend, wicked Nimrod used the columns as a sling to throw Abraham from the mount. Where he prophet fell springs burst from the ground to form pool of Abraham. We will visit this pool full with sacred carps. In a cave here, Job of Urfa lived 7 years as a pauperized leper. In a village named Nebiyob, where the tombs of Job, his wife, and the prophet Elijah are found. Job’s cave has a spring which restored Job’s health and a pavilion on top. In 460 AD, the bishop here found curative properties in this spring water and built a hospital nearby.

Then We drive to Haran,

“Terah took his son Abram and his grandson Lot, the son of Haran, and his daughter-in-law Sarai, Abram’s wife, and went forth together from Ur of the Chaldeans to go onto the land of Canaan: but when they came to Haran, they settled there. The days of Terah were two hundred and five years and Terah died in Haran. (Gen.11:31-32)

Haran is the hometown of Abraham, the father of faith for Christians, Jews, and Moslems. God brought him out of Haran as a part of his plan to convert man’s history of sin (Gen.12:1-2).

Also known as Padan Aram, Haran remained a spiritual home for Abraham and his descendants. Abraham found his daughter-in-law at Padan Aram (Gen.24:3-43) and Isaac also urged his sin to find a wife in this region. (Gen.28:1-2)

Then we drive to Adiyaman city and overnight in Kahta town near by Nemrud mountain.

Today we drive to Nemrud mountain to enjoy the view. The 2100 m high summit of Nemrud lies in the Antitaurus range of mountains. On this summit rises a Gigantic Tumulus surrounded by terraces and monumental statues which were created in the 1st BC.

It was the place of regular pilgrimages and rituals during the time of Commagene Kingdom. This place is in the list of UNESCO since 1987. On the way back to Kahta, we will stop to visit Karakus funerary columns coming from 1st BC.

Then stop on the Roman bridge at Cendere. A single graceful arch carries the road high above the water from 2nd AD. Nimrod (Nemrud) was a part of Assyrian land mentioned in Micah 5:6 (Nimrod being an ally of Assur and Nineveh, Assyria was once called Nimrod (Gen 10:11-12).

On the way to Urfa (Ur&Edessa), we will stop to see one of the largest rock-filled dam of the world called GAP. The sourse (Firat Nehri) of the Euphrates, one of the four rivers near Eden. Rev. 16:12-16 states that the Euphrates will dry up and cause a great war.

It is 169 m high. It is built to irrigate Harran, Mardin, Ceylanpinar plaines. And with its 2400 mw power plant capacity. We drive to Diyarbakir for the night.

On the way to Van, nearest place to the Ararat Mountain range ,we will visit Malabadi Bridge from 12th AD. Then we drive to lake Van to embark our boat to Akdamar Island to visit the monastery to the church of Holy Cross usedby the Armenian Patriach. Van city at an altitude of 1727 m.

We will start our journey to Mount Ararat. On our way, we will see Muradiye Waterfall, then lunch in Dogubeyazit. After lunch, we will visit Ishakpasa Palace. Then we will change our bus to mini-buses to continue to the place where it is believed that Noah’s Ark landed.

God said to Noah, “Go forth from the ark, you and your wife, and your sons and sons’ wives with you. Bring forth with you every living thing that is with you of all flesh-birds and animals and every creeping thing that creeps on the earth-that may breed abundantly on the earth, and be fruitful and multiply upon the earth.” (Gen.8:15-17)

In the seventh month, on the seventeenth day, the ark rested on Mt. Ararat. Waters abated and on the first day of the tenth month, mountain tops were seen.” (Gen.8:4-5)

Early in the morning, we will check out and drive to Erzurum. Erzurum is the largest city in Eastern Turkey, sprawls on a high plateau at an altitude of 1,950 meters. As you enter the city, the large Aziziye Monument commemorating the Turkish Russian war will catch your eye. The city walls and fortress are reminiscent of the period of Byzantine rule. Erzurum is known for copper crafting and its Oltu Stone, which is a unique black stone used to make jewelry and beads. We will visit fine Seljuk monuments such as the Ulu (Great) Mosque, the Cifte Minareli Medrese.

Today we will visit to the magnificent Sumela Monastery located high on the cliffs in the Altindere National Park. Two monks from Athens, Sophronius and uncle Barnabas found the monastery of Sumelas in AD 368. They followed the guidance of an icon to a cave in this mountain setting. They believed it had been painted by the Apostle St. Luke. In the 6th century the emperor Justinian ordered a silver reliquary made for the monastery in order to preserve the remains of Barnabas. The church is covered inside and out with brilliant frescos. Then we will visit the St. Sophia Museum (restored 13th c Byzantine church with its splendid frescoes).

Transfer to the airport our flight to Istanbul.

Free until transfer time. Transfer to the airport , flight to home. 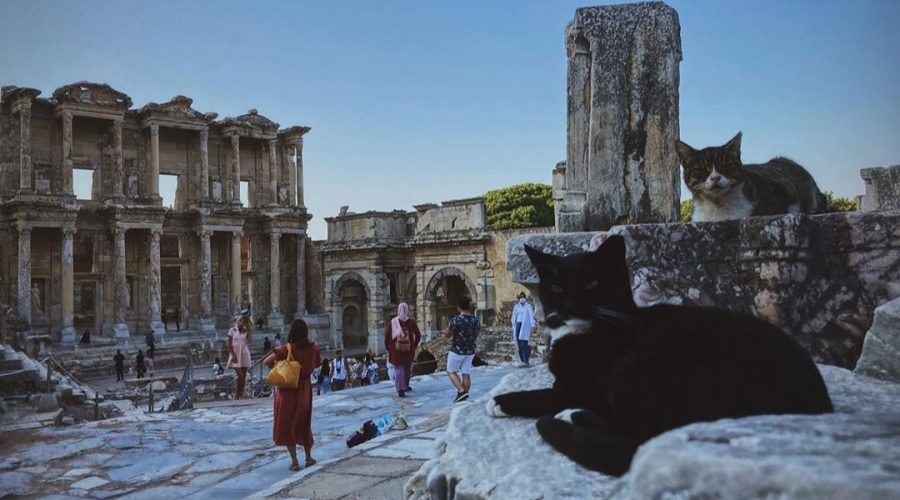 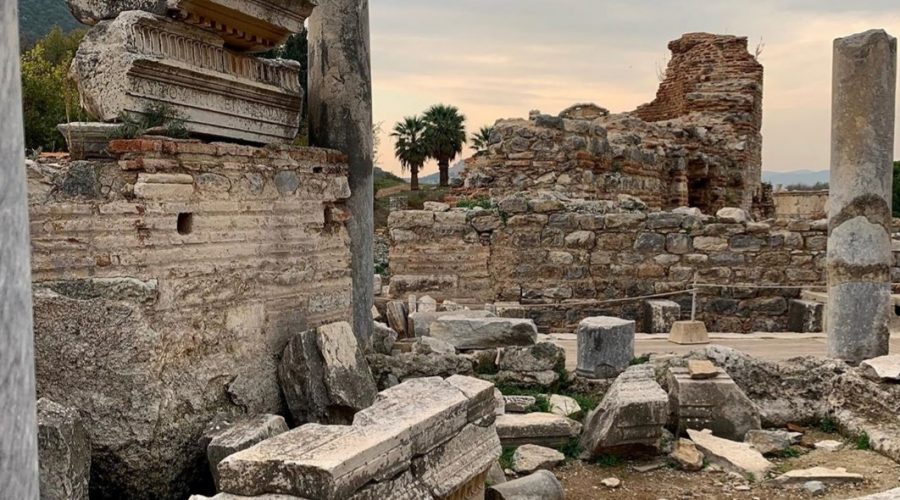